admin
Scientists have developed tiny magnetic particles that could one day be used by men for birth control. The nanoscopic particles are injected into the bloodstream and would then be guided to the testes with a magnetic field, which also generates heat for contraception. Heat is a natural contraceptive. Male mammals often have a suspended scrotal sac to keep their testes cool. By wearing tight pants or underwear, some male humans also raise the temperature of their scrotums, which can lower sperm counts. Led by Fei Sun and Weihua Ding from the Institute of Reproductive Medicine at Nantong University in China, a team of researchers has been studying artificial ways to heat the testes — using nanoscopic particles as contraceptives. In a previous study, the team tested gold nanorods that control contraception by using beams of light to heat the metal pills and create a 'photothermal effect'. But as they note in their new study, gold nanorods have "associated limitations, such as testicular administration and infrared laser inflicting severe pain."Besides the fact that jabbing your balls and heating them with lasers may not be ideal before lovemaking, the gold nanorods were just 90% effective at reducing fertility, as well as being non-biodegradable and potentially toxic. The team's latest research, published in the journal Nano Letters, involved injecting male mice with magnetic particles made of iron oxide (magnetite). The materials are not only safely broken-down by metabolism, but their mode of delivery — intravenous injection — is relatively non-invasive too. When the researchers applied an alternating magnetic field, the nanoparticles would warm-up the testes. Two forms of nanoparticle were tested. One was coated with polyethylene glycol (PEG), which was hard to manipulate with a magnetic field but easy to heat. The other form of particle was coated with citric acid, which could be readily guided to the testes but reached lower temperatures. The researchers also tried various sizes. In the end, the best candidate was a citric-acid coated particle 100 nanometers wide (the width of a Coronavirus particle). After injecting the nanoparticles into male mice with several doses over two days, the researchers found that the magnetic field heated the testes to 40°C (104°F) — hot enough to cause shrinkage that limited their ability to produce sperm cells. That effect, 'magnetic hyperthermia', lasted up to 60 days. Following the magnetic heat treatment, the mice couldn't father any pups for 7 days, but after two months they could be back to making babies — at an average rate of 12 per female, suggesting the animals can return to being fully fertile. One near-future application for the technology is selective breeding of livestock and household pets, but many people will be more excited by its potential use in humans.


All data is taken from the source:
Article Link: 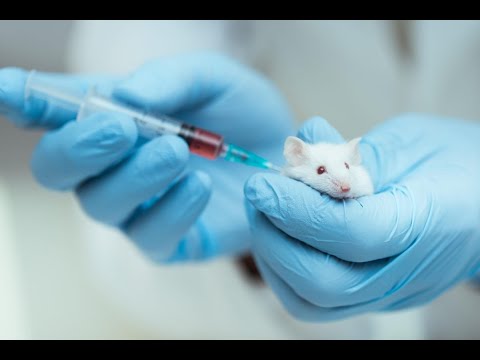 Scientists have developed tiny magnetic particles that could one day be used by men for birth control. The nanoscopic particles are injected into the ...