Christina Dent, Should We Legalize Drugs?

admin
Christina Dent is a politically conservative Christian who supported criminalizing drugs until she became a foster parent and saw the negative effects up close. In 2017, she began hosting book discussions in her home state of Mississippi using Johann Hari’s book “Chasing The Scream: The First and Last Days of the War on Drugs.” Those discussions grew to hundreds of people which led to End It For Good becoming a 501(c)(3) nonprofit in 2019. Christina leads End It For Good from the same passion that led her to foster care – helping children, families, and communities thrive.

Christina discusses the bases for why drugs should be legalized. Among these are the current ineffectiveness of the current system, the added destruction that it causes, and the hope of getting a better control over its effects. She points out that she is not advocating drug use but advocating approaches to drugs that prioritize life and the opportunity to thrive.

Philip Sharp discusses the topic of drug addiction in our country and our approaches to dealing with it. He is not fully sold on the idea of open legalization but believes there is need for reform in some things that we do. In the end, Philip still believes that any approach without Jesus will be horribly flawed, simple as that may sound.


End It For Good


Rage of the Age

Christina Dent, Should We Legalize Drugs? 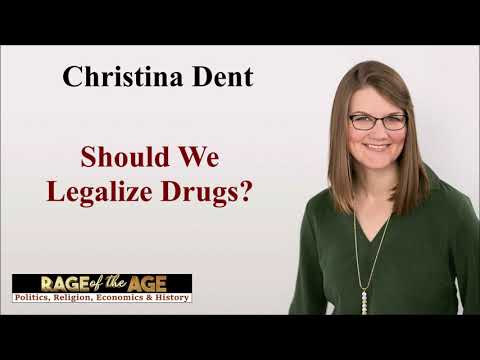 Christina Dent is a politically conservative Christian who supported criminalizing drugs until she became a foster parent and saw the negative effects...